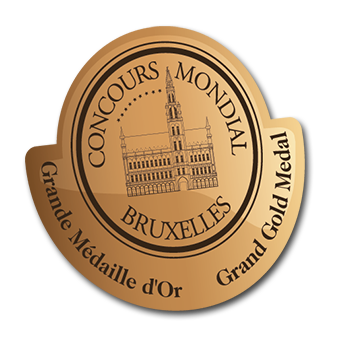 The Concours Mondial de Bruxelles (CMB) celebrated its 25th anniversary in 2019. Its primary ambition is to provide consumers with a guarantee: that it will distinguish wines of unquestionable quality offering a truly pleasurable drinking experience, wines from across the globe and the price points.

In 2019, more than 9,000 wines were tasted by a panel of 350 experts from around the world. The competition is organized in a different country every year, with the objective of emphasizing its international character and enhancing exposure of the awarded wines. Since 2004, the organizers have worked closely with a team of researchers from the Statistics Institute of the Catholic University in Louvain in processing results. The CMB is one of the few competitions that checks award-winning entries the month after the results announcement.

Part of the CMB since 1999, spirits rapidly gained traction. In 2013, CMB organisers decided to split both competitions. “Spirits Selection by Concours Mondial de Bruxelles” has been independent ever since and is truly international in scope.

With the support of the CMB, “Spirits Selection by Concours Mondial de Bruxelles” has become the key international event for awarding accolades to spirits from all around the world.

Whiskies, cognacs, rums, vodkas, piscos, grappas, baijus, tequilas, to mention a few, are evaluated and classified by a team of internationally acknowledged experts.

The objective of this international competition is to encourage the promotion of Sauvignon-based wines from both hemispheres, to boost production and sensible drinking, and to introduce the public to the extensive array of wines available. The Concours Mondial du Sauvignon is more than just a competition between producers and appellations. It is primarily aimed at fostering dialogue and creating a meeting point for industry specialists. A 9-member steering committee has been established to encourage dialogue around this international variety.

In March 2018, the 8thConcours Mondial du Sauvignon took place in Graz, Austria and 70 judges from 19 countries awarded 289 medals and 6 Revelation trophies. The complete list of awards is here.

For many years now, Vinopres has been very active in Latin America, where its knowledge of the wine and spirits market is widely acknowledged.
Vinopres currently organizes three national competitions:

In collaboration with the Beijing International Wine and Spirit Exchange, Vinopres has since 2016 developed a new event dedicated to Asian wines and spirits, which will travel every two years to a different region or country in Asia.

Its goal is to offer a vision of the region’s wines and spirits community, and improve access to Asia for lesser-known producer countries such as Armenia, Turkey and Georgia. China, currently the region’s main driving force, was the obvious choice for organizing the first event in 2016.

Almost 70 foreign guests —wine and spirits producers and exporters, journalists and writers, sommeliers and representatives of trade organizations— participated in a series of 24 conferences and master classes which allowed them to tour this vast continent and learn about Asian wines and spirits. The next event will take place in 2018.

In the world of malt, Belgium enjoys a first-rate international reputation. It is therefore only logical that our country should host one of the most influential international beer contests in the world.

Supported by BeComev, a partner of Vinopres, the “Brussels Beer Challenge” celebrated its 6th anniversary in 2017, at Namur. In November, a panel of 80 international experts met to judge 1,250 beers from around the world.

The BBC aims to promote quality beers and healthy competition between producers, offering consumers a quality endorsement by professionals, and beer producers a promotional and marketing tool.